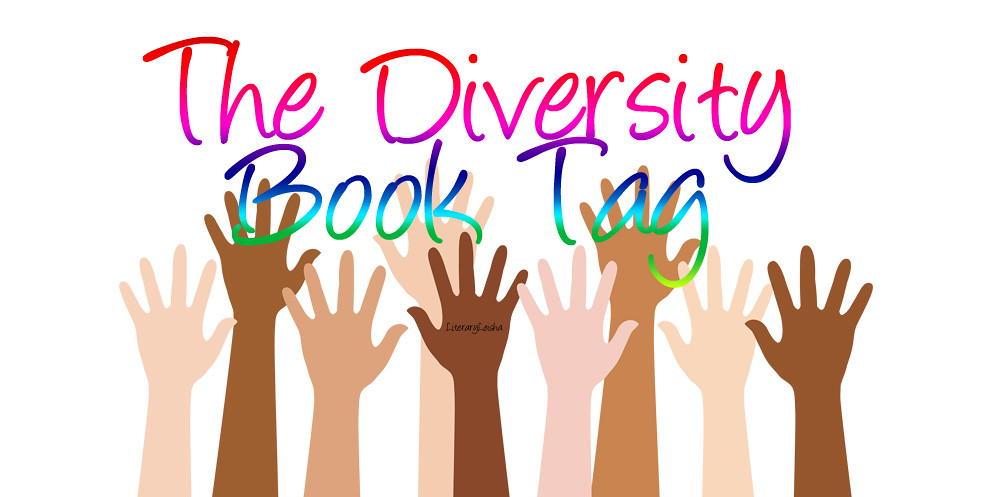 Hello everyone!
I’ve been meaning to do this tag for a few weeks and now couldn’t be a more perfect time!

This tag was created by MissMaddyChats & she tagged me to do it. Make sure you check out her post too!
I’m assuming diversity means all kinds of diversity so I’ll include different races/genders/sexualities etc.

Maia Tamarin- A book with a strong heroine (who’s diverse)!

Chloe from Get a Life, Chloe Brown by Talia Hibbert
Chloe’s black and chronically ill but such a great character! I absolutely adore her!

Also, Echo from Black Girl Unlimited by Echo Brown – She has been through so much and yet keeps going. I admire her so much, such an amazing, strong woman!

Kiko Himura- A book with a biracial character

I haven’t read many books with a biracial/mixed-race(despite being mixed-race myself.) character, unfortunately.  There seems a lack of biracial/mixed-race characters in books, in my opinion.  I think Cinder from The Lunar Chronicles by Marissa Meyer is supposed to biracial(?) – but that’s not own voices.  I believe Jesper from Six of Crows by Leigh Bardugo is biracial if I remember correctly…

Ones on my TBR:
Starfish & Harley in the Sky by Akemi Dawn Bowman

Zayneb- A book written by a Muslim author

Recently, I read Sofia Khan is Not Obliged by Ayisha Malik – It’s a Muslim romance, which I had never read before and knew absolutely nothing about.
My review is here.

Séverin- A book with a morally grey character (who’s diverse)!

A Raisin in the Sun by Lorraine Hansberry.
This is actually a play I read in uni, but it really showcases the racism against black people in the 1950s USA. It’s a great play, if you don’t mind reading plays or if you ever get a chance to see it on stage, definitely do!

I need to read way more about this topic, I seriouly need to read The Hate U Give by Angie Thomas & others like it.

Anna K- A book that breaks stereotypes (which is diverse)!

But I’m going to use Sofia Khan is Not Obliged by Ayisha Malik again.
I’m not Muslim, so I’m not going to be able to give an own-voiced opinion, nor is it my decision to make but this book broke the stereotypes I was used to hearing about Muslims, particularly dating/marriage wise.

2 thoughts on “The Diverse Book Tag”