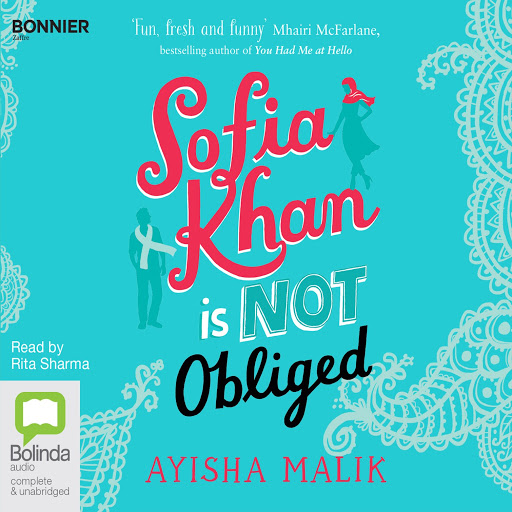 “Brilliant idea! Excellent! Muslim dating? Well, I had no idea you were allowed to date.’ Then he leaned towards me and looked at me sympathetically. ‘Are your parents quite disappointed?’

Unlucky in love once again after her possible-marriage-partner-to-be proves a little too close to his parents, Sofia Khan is ready to renounce men for good. Or at least she was, until her boss persuades her to write a tell-all expose about the Muslim dating scene.

As her woes become her work, Sofia must lean on the support of her brilliant friends, baffled colleagues and baffling parents as she goes in search of stories for her book. In amongst the marriage-crazy relatives, racist tube passengers and decidedly odd online daters, could there be a lingering possibility that she might just be falling in love . . . ?

I had never read a Muslim romance before, I didn’t know at all how dating worked in regards to their religion – so I was interested to learn about it! It surprised me, I have to say, I am obviously very ignorant to how Muslim relationships work. It was more lax than I anticipated and more relatable too.

It was dubbed ‘Muslim Bridget Jones’ – although it was amusing, it wasn’t laugh-out-loud funny. I did get Bridget Jones vibes from Sofia, if you like those books/films you’d probably enjoy this too. I really enjoyed the humour throughout the book!

There’s a lot of day-to-day life shown, which is fine to listen to, I don’t think I would’ve enjoyed if I read it. Also, it is very dialogue heavy, which I believe comes across well on audio, not sure it would be as enjoyable to physically read. It definitely could’ve been edited down more, it was a long audiobook and most of it was filler. With that being said, I didn’t find myself bored at any point.

Narrator: Rita Sharma has a voice that’s very easy to listen to for hours. I listen to the whole thing (11.5ish hours) in 3 days or so. It was very bingeable, I listened to more than half of it in one day. I was pretty invested in Sofia’s story!

Dislikes/TW:
There were some offensive jokes about black people and a lot of fatphobia. That being said, it did touch upon other issues such as stereotypes, immigration and racism. It’s a shame it included other forms of prejudice.

6 thoughts on “Audiobook Review: Sofia Khan is Not Obliged by Ayisha Malik”