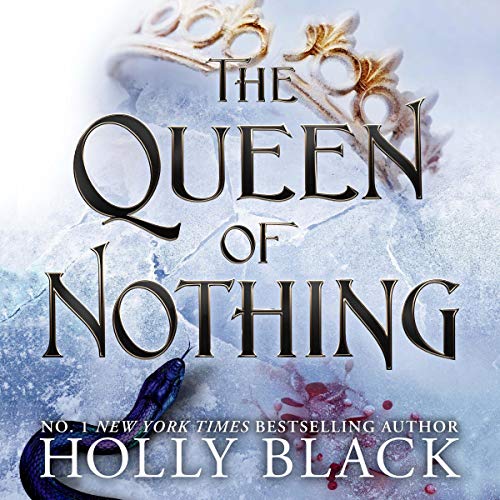 “By you, I am forever undone.”

* Spoilers for The Cruel Prince & The Wicked King

Power is much easier to acquire than it is to hold onto. Jude learned this lesson when she released her control over the wicked king, Cardan, in exchange for immeasurable power.

Now as the exiled mortal Queen of Faerie, Jude is powerless and left reeling from Cardan’s betrayal. She bides her time determined to reclaim everything he took from her. Opportunity arrives in the form of her deceptive twin sister, Taryn, whose mortal life is in peril.

Jude must risk venturing back into the treacherous Faerie Court, and confront her lingering feelings for Cardan, if she wishes to save her sister. But Elfhame is not as she left it. War is brewing. As Jude slips deep within enemy lines she becomes ensnared in the conflict’s bloody politics.

And, when a dormant yet powerful curse is unleashed, panic spreads throughout the land, forcing her to choose between her ambition and her humanity…

I did not like The Wicked King and didn’t think I’d get around to reading this but the ending did have me intrigued. So, when I saw The Queen of Nothing audiobook available at my library I thought why not go for it.

I am SO glad I did!
I listened to the whole thing in one day, basically one sitting.
The audiobook is around 9.5 hours long but I listen on 1.75-2x speed, so it was less than 5 hours for me.

I was addicted. I have no idea what happened but suddenly I was immersed and invested in this world and Jude and Cardan again?! The ending to TWK was pretty good and the best part of the novel, in my opinion. I was interested to see how Jude would end up back in Elfhame/ with Cardan.

There was plenty of drama, actions and romance. It was a worthy conclusion to a decent series. It wasn’t mind-blowning or lifechanging, but it was a very enjoyable read. Some of it was a tad predictable, which I find it common in YA but I don’t need every book to knock me off my feet or have loads plot twists. I don’t think predictability takes away from the enjoyment of a novel.

Jude: I really liked the interaction between Jude and the other characters. Especially, Cardan! I liked Jude in TCP but felt less in TWK – I really didn’t connect to anyone or anything in that book for some unknown reason. Her character development has been interesting to watch over the three books, I don’t think anything drastically has changed about her but there was some change.
I also like the relationship we see between Jude and her sisters, this is definitely more developed in this one.

Cardan: I actually really liked Cardan in this one. His character development over the series has been great and I like the person he has grown into. Unlike Jude, he’s had like a 180, he was awful in the first book (as far as I remember I didn’t like him at all). We get a different perspective of Cardan in this one, more backstory and more personal, I feel. This book really made me understand (and like) the ‘real’ Cardan.
Narrator – Caitlin Kelly: I really loved this narrator! Her voice was so easy to listen to. I kind of wish I listened to the whole series on audio because I really enjoyed her narration. If I ever reread the series (which I kind of want to) I think I’d go with the audiobooks.  I did listen to TQoN in one day, so that’s how you know she’s a good narrator! There’s not many people I can just listen to all day long.

What were you thoughts on TQoN and the series in general?

5 thoughts on “Audiobook Review: The Queen of Nothing by Holly Black”