September was a really slow month for me and ended up being a really bad reading month, unfortunately. 😦

I’ve been struggling with a reading slump since August and my mental health hasn’t been great. I only managed to read two books this month: This took a loooong time to get through but I ended up really enjoying it. It takes some getting used to the writing style/format but the story is good.

This was INCREDIBLE. This was sooo much better than Nevernight, which I did enjoy but this took it to the next level! I loved the setting and the pace of this one so much more.

Darkdawn by Jay Kristoff
After THAT ending in Godsgrave, I obviously had to pick up this.

Teenage Writings by Jane Austen
This is for a class. I’m doing a module on Jane Austen this semester so prepare for lots of her books to be appearing on my blog!

+ I need to read The Good Luck Girls by Charlotte Nicole Davis ASAP.

Hope you guys had a better reading month than I did!
Let me know what you’ve been reading in the comments, also if you have any tips for getting out of a slump!

Top 5 Wednesday is a weekly meme, GoodReads group here with all the topics + discussion!

It has been FOREVER since I did a Top 5 Wednesday; I miss it. But, alas, T5W is still on a hiatus, so no new topics; I’ll be revisiting an old one today!

I read this series during the summer and it quickly became a favourite. I would die for a tv show of it! There’s so many elements to the story, it would be SO good as a tv show.

The Raven Boys by Maggie Stiefvater

I know this show is actually in development but it isn’t out and there hasn’t been any updates in a while! I neeeeeeeed this show! If done right it could be absolutely incredible.

Percy Jackson and the Olympians by Rick Riordan

I’m pretty sure everyone knows how bad the film adaptations of PJ are. Does not do the books an ounce of justice. Rick Riordan is a GENIUS. The story is amazing. In my opinion: there’s just too much for a film, it would work so much better as a TV show! If done right, with a good writer and a good cast, it could be insanely good; I wish this would happen!

The Lunar Chronicles by Marissa Meyer

This series is so incredible, it needs an adaptation ASAP. I think it would make such a fun, entertaining TV show!

The Seven Husbands of Evelyn Hugo by Taylor Jenkins Reid 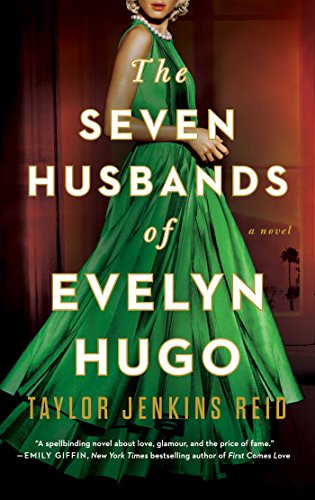 What book would you like to see as a TV Show?