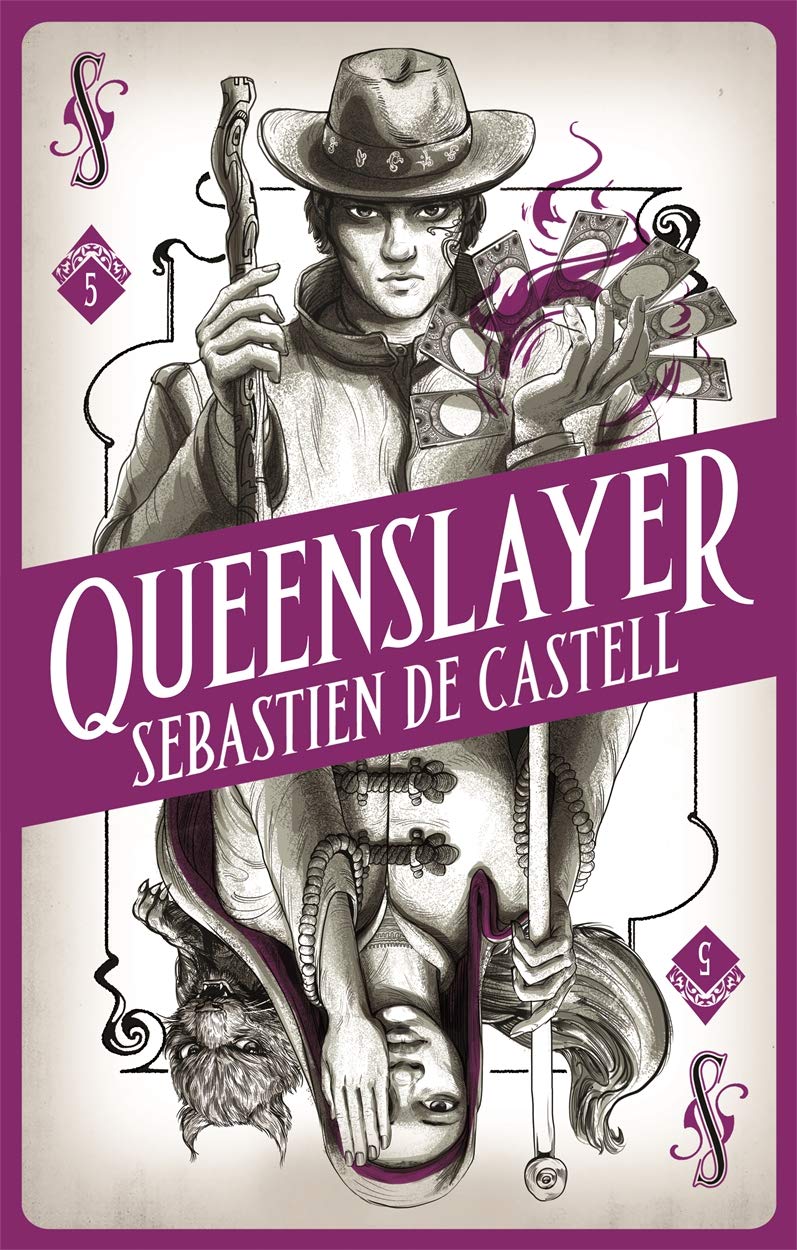 Hey guys!
I’m currently on holiday in Portugal! This a pre-written and scheduled (how organised am I?)

Kellen and Reichis have just finished fighting a duel in the desert when Kellen inadvertently smears blood on the Daroman flag – an act of treason for which the Marshals have no choice but to arrest him. Just before he’s put before the Queen to be executed, Kellen is given a strange piece of advice from one of his fellow prisoners: kill the Queen and he’ll be given clemency by those who take power. But when Kellen comes face-to-face with the eleven-year-old monarch, he realises she’s vastly smarter than he expected – and in a great deal more danger.

My Thoughts
Plot-wise – this was slower than the rest. It took me a while to get into. Despite being thrust into the action straight away, the rest of the book is quite slow. It does pick up in places but it relies heavily on political intrigue.

I’m glad I listened to the audiobook for this, as the narrator is really good and easy to listen to. I think I would’ve struggled if I had read the physical book.
I would say it was boring but it was a bit meh. It’s my least favourite in the series so far. I honestly think the series has gone downhill since Ferius and Kellen split ways. She was such a good character, I miss her so much!

Kellen is still up to his usual stuff, avoiding being killed by just about everyone, having banter with Reichis and escaping death with wit, one trick and a hint of luck.

I will say: this was so much darker than the rest of the series. This whole series has been lighthearted and fun and it got dark. Real fast. There was less humour and jokes in this one, it was still funny in places but not as much as the previous books.
There was more graphic violence and torture.

Trigger Warning for mentions of depression, abuse and rape/sexual assault.

Characters:
Kellen: I still love Kellen. After 5 books, it’s easy to be attached and invested in his journey. His character development has been great – though he still is a one trick pony. His ‘magic’ is still the same trick – which I don’t mind. He’s not the typical over-powered/ all-powerful YA main character. I like that he isn’t the greatest at magic but still manages to get along.

Reichis: Still the hilarious, murderous little squirrelcat I adore. I love his and Kellen’s ‘partnership’ – aka friendship – even if Reichis likes to think they aren’t.

Narrator: Joe Jameson – who narrates the whole series, is absolutely brilliant. I cannot praise his skills enough. He is great at doing different voices, it is so easy and entertaining to listen to.

*I have previously worked with Hot Key Books, however, not on this occasion.
I borrowed this from my library. All opinions are my own.