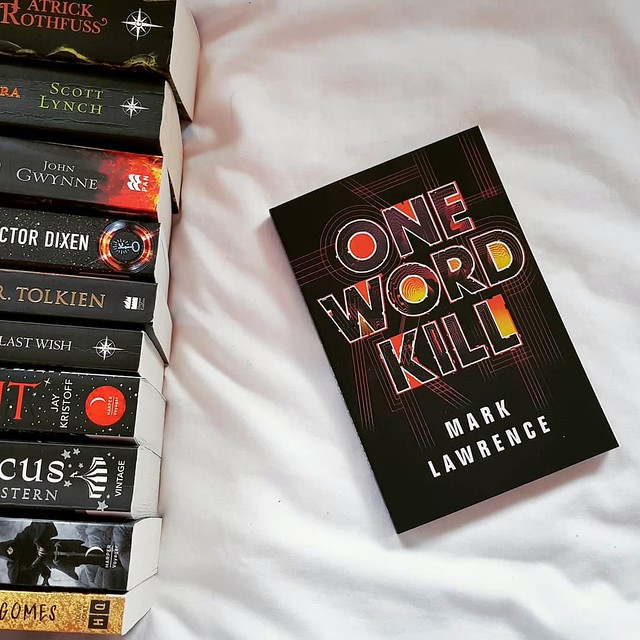 In January 1986, fifteen-year-old boy-genius Nick Hayes discovers he’s dying. And it isn’t even the strangest thing to happen to him that week.

Nick and his Dungeons & Dragons-playing friends are used to living in their imaginations. But when a new girl, Mia, joins the group and reality becomes weirder than the fantasy world they visit in their weekly games, none of them are prepared for what comes next. A strange—yet curiously familiar—man is following Nick, with abilities that just shouldn’t exist. And this man bears a cryptic message: Mia’s in grave danger, though she doesn’t know it yet. She needs Nick’s help—now.

He finds himself in a race against time to unravel an impossible mystery and save the girl. And all that stands in his way is a probably terminal disease, a knife-wielding maniac and the laws of physics.

The plot was interesting and compelling, I was intrigued from start until finish. Pace wise; it started off slow and gradually builds up to a climatic ending. It’s a short book, around 200 pages, and would be such an easy, quick read if you have the time to just sit and read.

The setting: 80s. Love this, I am fascinated by the 80s. I loved this time period. I like this era for this story too, I think it worked really well with the lack of technology and time travel that was involved. I don’t want to spoil so I won’t go into loads of detail but it’s cool!

The worldbuilding was really good. It’s set in our world, obviously, but it was well described and presented. I could really picture 80s London, the underground, council flats etc. Everywhere featured was easy to visualise.

The characters are all really great. The story is told through Nick’s first-person POV. I found it really easy to sympathise and feel for Nick. He was a good protagonist. I loved his friendship group, it was so nice to see a genuinely lovely friend group.

There’s A LOT of D&D (Dungeons and Dragons) in this book. It really made me sad that I’ve never played D&D but it made me want to even more. However, it is referenced and played in the book a ton; so if that’s not your jam, it could get tiring. I did get a little fed up of it towards the end but it wasn’t a huge deal for me. (Probably the reason I didn’t give this a full 4 rating)

The ending is amazing. Fast-paced, engaging, plot twist and reveals. It was a rollercoaster, it ended so quickly and left some questions open. So I’m excited to pick up the next book. I definitely want to continue this series, which is all coming out this year, which is awesome. I can’t wait to see where the story goes.

Also, wanted to mention that there is diversity! Which was a surprise and such a nice one, so props to Mark Lawrence for adding diverse characters in, even if they were just side-characters. It was nice to see!

*Disclaimer this was sent to me for review
Thank you to Mitriel & Mark Lawrence for the copy!

6 thoughts on “Review: One Word Kill by Mark Lawrence”