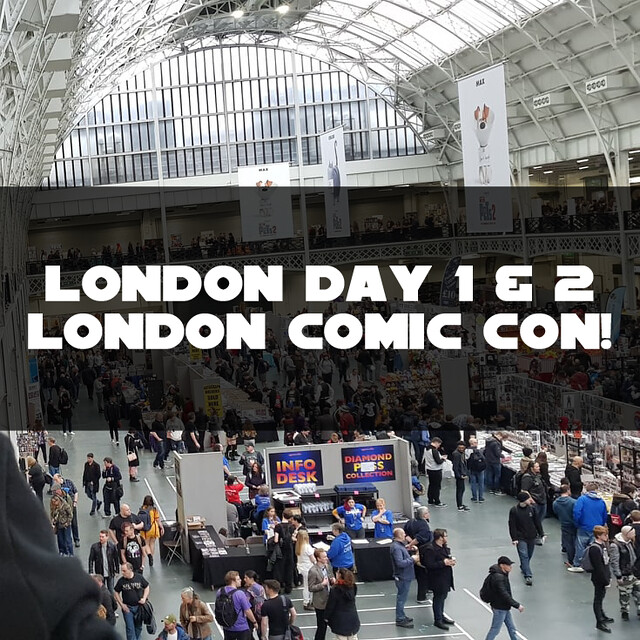 Hey Guys!
Bit of a different post from me today. I’ve been wanting to include some non-bookish things on my blog but haven’t really known where to start. I thought this would be a great opportunity to dive into some lifestyle-ish posts!
From March 1st-4th I was in London. My first time ever! Despite living in the UK my whole life I’d never been to London. *Shock, Horror*
Also, got to attend my first ever convention!

Day One:
Day one wasn’t really exciting. After spending like 4 hours on a bus then two trains to get to our Airbnb, my boyfriend and I weren’t really feeling up for doing anything fun. It was also evening by the time we got there and we didn’t know the area at all so decided to have a night in with a Chinese takeaway, and rest up for Comic Con the next day! 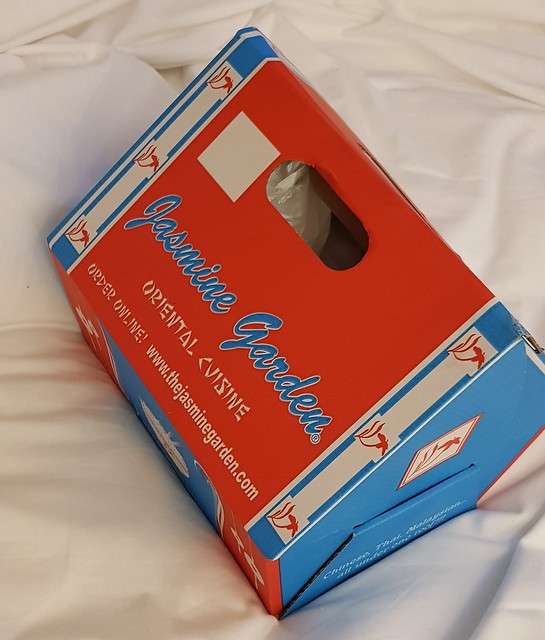 How cute is this takeaway?! So convenient! Where I live, we’re lucky to get our takeaways in a bag. (lol) The food was really good too! Their curly fries were to die for. *drools*

Day Two: London Comic Con Spring
This was my first con ever, so I was super excited!
It took place in the Olympia, Kensington. We stayed nearby so we walked over at 9am and spent most of the day chilling at Comic Con.

There were so many cool stalls! One of my personal favourites was the metal sculptures, they were seriously amazing. I wish I could afford to buy some because they were beautiful. So much talent!

Got my picture taken with some Star Wars Villains. 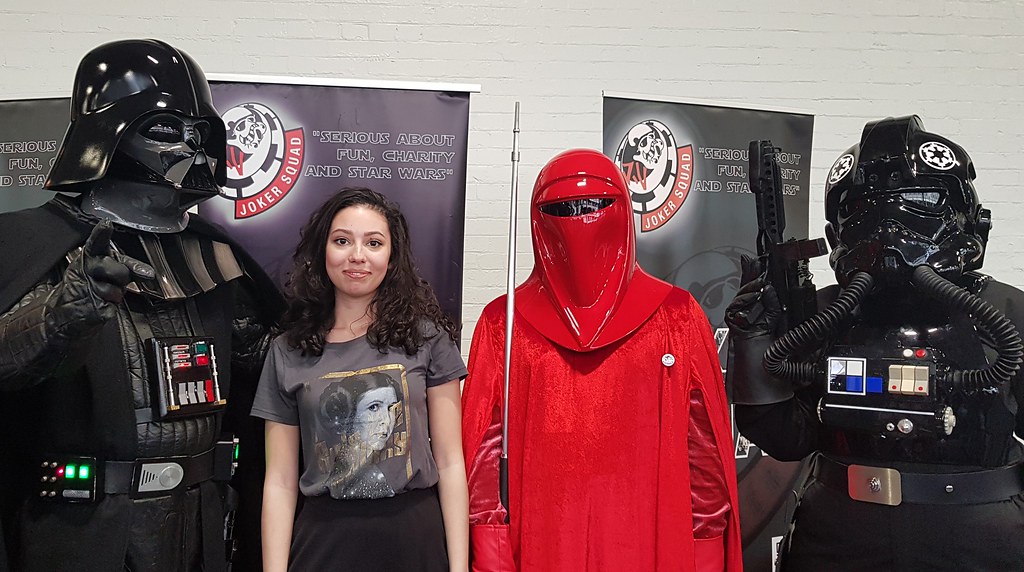 (I know I look so tragic, I am internally screaming. Such a fangirl) 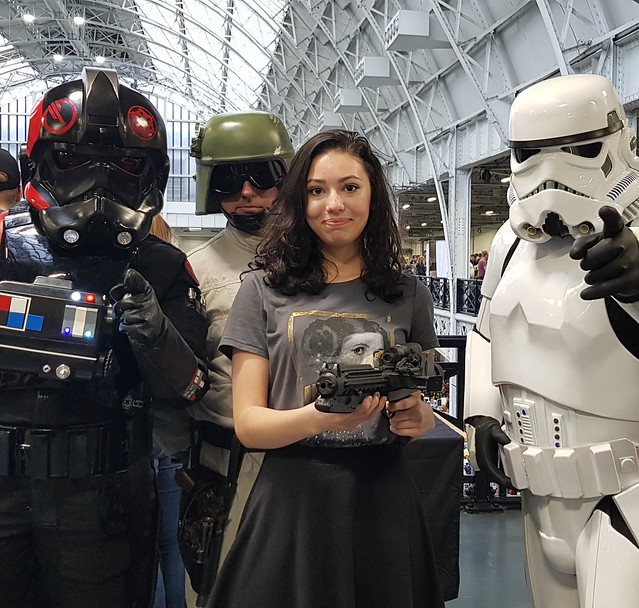 It was so much fun! I also got my picture taken on the Iron Throne!!
(Which is a print picture, hence why I haven’t included it. I’m lazy and don’t want to scan it in)

Overall, I had such a fun day at Comic Con, I spotted some actors, which was cool. I ate overpriced pizza and some absolutely amazing fudge! I wish I had taken pictures of the fudge (and noted the company name) because it was beautiful. There were three flavours: Salt caramel, Mars bar and Kinder Bueno. It was the best thing I’ve ever eaten.

I’ll have a post up for my London trip days two and three up soon, stay tuned!

Have you been to London or a Comic Con before?