Synopsis:
The Celestial Church has all but eliminated the old pagan ways, ruling the people with an iron hand. Demonic gheists terrorize the land, hunted by the warriors of the Inquisition, yet it’s the battling factions within the Church and age-old hatreds between north and south that tear the land apart.

Malcolm Blakley, hero of the Reaver War, seeks to end the conflict between men, yet it will fall to his son, Ian, and the huntress Gwen Adair to stop the killing before it tears the land apart. The Pagan Night is an epic of mad gods, inquisitor priests, holy knights bound to hunt and kill, and noble houses fighting battles of politics, prejudice, and power.

Plot:
It’s a mix of politics, religion, magic and war.
I found the plot to be quite slow and unmemorable.  It wasn’t a bad story, there’s nothing that stood out as bad, it just wasn’t super exciting.

The story is so average and unmemorable for the majority of it that I kept putting it down, it wasn’t gripping or keeping me on edge. It was just so bland, it’s just a generic fantasy story with nothing overly original.
There was good world-building, a lot of it too, it’s a pretty big book. The world isn’t anything special, it’s basically another medieval-fantasy kind of deal. The magic was interesting but again, not super unique or different.

The fighting scenes were pretty well written though, they were more engaging than the overall story. However, I feel, since it was a pretty big book, it could’ve benefited from being edited down, some parts dragged too much. I’d put this book down for ages with not a lot of desire to pick it back up, I even started reading another book.

The story is kind of like Game of Throne, there’s friction between the North and the South and an impending war. There are old gods and new ones, in this world Paganism is the ruled out religion. The North was Pagan but have taken on the new religion of the South. (Which if the name was actually mentioned, I don’t remember it.)

Characters: I didn’t really connect with any of the characters, none of stood out or were overly likeable. A few did grow on me towards the end and I am interested in seeing where their stories go so I will continue to book two.

*Thank you to Titan Books for sending this to me in exchange for an honest review.

July is over already and I cannot believe it. Crazy how quick this year is going.
I had a pretty good reading month, I read a total of 8 books, I think that is the most I’ve read in a month this year. So I’m happy! Plus, I read some really good new books and reread two old favourites! 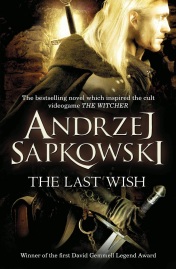 The first book I read in July (but started in June) was The Last Wish by Andrzej Sapkowski.
Really enjoyed this collection of short stories, the main character, Geralt, was really interesting and I liked his personality. I definitely want to pick up the rest of the series.

I was lucky enough to be sent *Spinning Silver by Naomi Novik for review. This book was SO good! I wasn’t a huge fan of Uprooted but the premise of this really intrigued me and it didn’t let me down!

The next book I finished was a reread of Warbreaker by Brandon Sanderson. Oh. my. god. This book is everything. I am so in love with it, it may be my favourite book of all time. 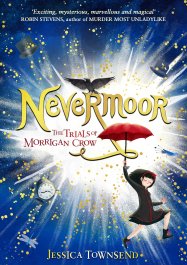 The next book I finished was Nevermoor: The Trials of Morrigan Crow by Jessica Townsend. This was kinda disappointing, after all the hype surrounding it I thought this would be a 5 star read for me. Unfortunately not!

Next I decided I want to read some contemporary, so I decided to reread Me Before You by Jojo Moyes. I wanted to reread this before continuing the series, I never bothered picking up the sequels but now I own them I want to!
I really enjoyed this reread, there is a lot of hate surrounding this book (and the film). I honestly don’t see the hate, it’s a really good book with a powerful story and meaning behind it. I don’t know whether to do a review/discussion post on this or not. Maybe I’ll do a combined one, once I read the next two books in the series! 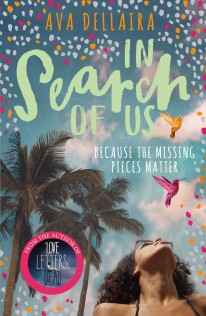 Keeping on with the contemporary mini-phase, I read *In Search of Us by Ava Dellaira. Also kept to the sad book theme, I had no idea going in how much this story would affect me. (Hit me right in the feels, as did Me before You.) 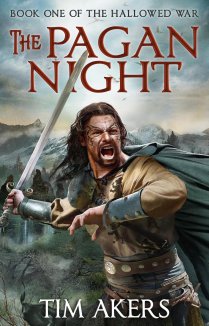 The next book I finished was *The Pagan Night by Tim Akers, this was sent to me for review by Titan Books. Thank you to them for the opportunity!

Unfortunately, this wasn’t as good/epic as I was hoping. It was a really average, bland fantasy. I’ll discuss this more in my review.

And finally, with two hours to spare, the last book I finished in July was The Light Between Us by Katie Khan
This was really enjoyable! Will discuss it fully in my upcoming review!

Top 5 Wednesday is a weekly meme, GoodReads group here with all the topics + discussion!
This weeks topic is; Favourites You’d Like to Revisit

This is going to be a mix of books and TV shows!

I read the Percy Jackson series back in 2015 and I loved it, I really want to revisit this world and the characters. I love Rick Riordan’s writing and humour and I know I’ll fall in love with this series all over again.

The Mistborn Trilogy by Brandon Sanderson 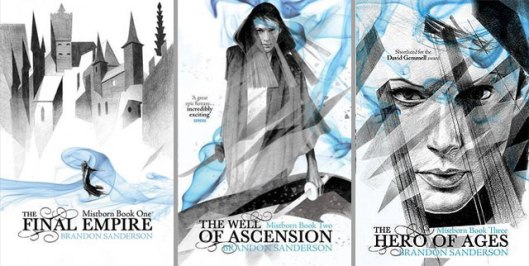 Despite only reading this for the first time last year, I miss this world and the characters. These books quickly became my favourites straight away and I just want to forever reread them. Apparently, I like having my soul ripped from my body.

A Song of Ice and Fire Series by George RR Martin

I read the whole series back in 2013/2014 and I loved it, I have been wanting to reread them for forever. I did reread A Game of Thrones last year but never got around to the rest.
Which brings me to the next one:

I really want to go back to the beginning and watch it all over again. After reading the books, the later seasons just started to annoy me so I want to revisit them all and see how I feel now!

Okay, I freaking love this show. It’s so underrated, in my opinion, and I was so upset when it ended last year. I want to go back and watch it all over again, just for nostalgia. Plus Dylan O’Brien on my screen again? Yes, please.